The Worry of the Moment 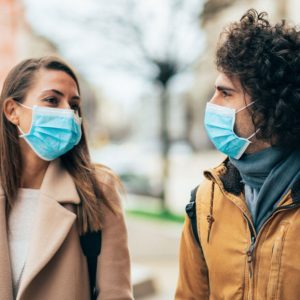 The overriding issue of this moment in time has become the growing spread of the novel corona virus. Therefore, I am going to devote this post to this issue.

At the top of the page, I would like to address how Original Medicare and Medicare Advantage plans, indeed all health care plans, will deal with testing for the virus. I have been receiving emails from most companies that are announcing that the COVID-19 test will be treated as a preventive care service, and will therefore not be subject to out-of-pocket cost. The funding bill that Congress will likely send to the President for signature will formalize this. Similarly, treatments for the disease will be handled as any disease care is treated under your plan.
………

Recorded human history tells of many episodes of mass disease, from the Black Death (plague) of the 14th century that killed ⅓ of Europe’s population through the “Spanish” full of 1918-19 that killed 20 million people world wide. Along the way mankind has dealt with malaria, smallpox, swine flu, SARS, MERS, Ebola, HIV and so on. Now comes the 19th variant of corona virus. All of these diseases have magnified impacts where there are other disease conditions present. There is evidence that annual flu shots, while not imparting an immunity for something like COVID-19, create an elevated immune system response to the virus and may help.

I once read a well known science historian suggest that the most important public health  invention in the 20th century was the window screen. These days, microbes are the flies and mosquitoes of yesteryear. Mankinds’ natural weapons against pandemics has been biological diversity and hybridization, along with geological separation. While these factors still benefit us, the incredible advances in medicine and science over these past 100 years have dramatically evolved public health management and the therapies that can be used to treat disease within humans. Cure rates have rocketed upwards, as has life expectancy.

The World Health Organization is calling COVID-19 a pandemic. A “pandemic” is a term used to define the worldwide spread of an infectious agent/disease.

The term “novel” attached to the current version of the corona virus means that it is a new strain. There are four main sub-groups of corona. The epidemiology of the corona virus suggests that at least in recent strains, the virus has originated in animals and has transferred to humans. We have, in recent history, seen other variants, such the MERS and SARS strains.

Much is known about the novel corona virus (COVID-19) since its apparent appearance in China in December 2019, but there is more that is not yet known. For example, expression of symptoms can be anywhere from almost immediate to up to two weeks or a bit longer. The manner in which the disease spreads in not completely understood, although the most likely vector is fluid droplets ejected from the body, such as coughing or sneezing. It may be, given growing evidence of the viability of the virus outside the body, that the virus may be airborne well beyond an infected human’s radius. Since not enough time has elapsed since identification of the variant for the development of strain-specific treatments/vaccines, most treatment has been symptomatic using currently available medicines and therapies.

Of course, the first major step in treating any contagion is identifying who has the disease and who does not, to insure that available resources and treatments are used effectively.

In fact, identification methods for the pathogen within infected people took several weeks to develop. ID kits, developed by the CDC, have been distributed in large numbers to public health facilities within the US within just the past week or so, in the millions of kits. Private firms have also developed kits are that are being distributed to private organizations, like labs and hospitals. Today, as this is written, word comes that Roche has begun to distribute a kit that can return results in perhaps as little as 4 hours.

At this stage, the main tool being used to check the infection and spread of the virus is public health management. This is the most important component in the early attack against any pathogenic agent. In 1918-19, when the “Spanish” flu killed so many, public health management was poorly developed and lead to much of the spread of the infection and the morality that followed.

Public health control measures to deal with the novel corona virus has been and will likely become even more aggressive — such as applying quarantines and travel restrictions to large segments of populations. In China, for instance, something like 50 million people were prevented from traveling beyond their communities for several weeks at a time.

Another important public health measure is identifying and isolating vulnerable populations from exposure, those most susceptible to the disease. Our age group, over the age of 60, appears to be the most vulnerable based on data from South Korea, Italy, and the US, particularly when other disease conditions exist, especially pneumonia. Most of the deaths recorded exist when infected individuals already have serious co-morbidities.

So…..what to do? As most public health organizations have been saying over and over again, wash your hands frequently, and particularly after interactions with others. Warm water and soap. It doesn’t hurt as well to wash your face after interactions with others. Use of sanitizer will not affect the virus, but it can destroy bacteria that may provide an opportunistic vector into your body. Refrain from touching the soft, absorbent tissues on your face: mouth, nose, eyes. These are convenient entry ways for microbes.

Avoid situations where you will be around large numbers of individuals in close proximity. In such situations, you have no idea who might be infected.

If you think you may have contracted the infection because you are experiencing symptoms, if you do not think your health is immediately threatened, contact your medical provider by phone or email and describe your symptoms, rather than going into a clinic, thereby exposing the medical staff to a possible infection. I am seeing several clinics with surgical masks and some with surgical gowns available at the clinic entries for incoming patients to don upon entry. Surgical masks are most effective at keeping germs from traveling from the wearer to another, rather than the other way around. If you have symptoms that may indicate an infection, masking up is your way of protecting health care providers.

While some of the medications used to treat SARS and MERS may have application in dealing with COVID-19, a vaccine will still take more months to complete development and testing.

The President has announced a national emergency to deal with this infestation. By Sunday, a website will be available for people to do initial screening for infection, coupled with some drive-up testing available at selected Walmarts, Walgreens, and Targets. Tests developed by Roche will be available in large numbers for presumptive infection candidates, particularly through LabCorp, and Quest Diagnostics. Controlled exposure restrictions are being dramatically increased at nursing homes and hospitals, particularly as it can impact residents with serious co-morbidities.