2014 Cuts to Medicare Advantage
You may soon be seeing or hearing a new ad coming out about the upcoming cut to federal Medicare Advantage payments in 2014. I wanted to give you a look at the news release that discusses the ad. (This has no direct impact on Medicare beneficiaries with Medigap plans.)

As many of you recall from our meetings or discussions, the full implementation of federal health reform is partially funded by cuts to Medicare in general and Medicare Advantage in particular. Reductions in funding have occurred in two of the last three years, with another due in 2014. In a big picture sense, this means that the federal subsidy received by the insurance carriers that offer Medicare Advantage plans is losing ground year-by-year to medical cost inflation. What this translates to is fewer benefits and/or more costs for folks in Medicare Advantage plans. This is necessary since Medicare Advantage plans must cover, at least, all basic Medicare benefits of Parts A and B.

If you are on a Medicare Advantage plan, you will have already noticed that over the last two years that some non-Medicare benefits have been reduced or even eliminated, such as dental, vision, and hearing. I spoke this week with a representative from a major carrier and they agreed that one of the most expensive non-Medicare benefits still in some Medicare Advantage plans, the health club membership, will be on the chopping block soon. Many of these non-Medicare benefits will be moved over to optional packages carrying an additional premium. It would also seem sensible to conclude that eventually plan premiums will increase for those plans that have embedded prescription drug coverage.

As for the years after 2014... it's still too early to describe exactly what will be occurring.

2013 Medicare (PDF)
Medicare can be complicated. My hope is to help guide you to your decision on Medicare supplementary and health plans—connect the dots, so to speak, of the mass of available information.

Medicare Factoids (PDF)
Medicare, Medicaid & Social Security are the most expensive entitlement programs in the US Budget

Saving and Paying for College (PDF)
The cost of earning a college degree has increased, generally above the cost of consumer inflation, for many years. 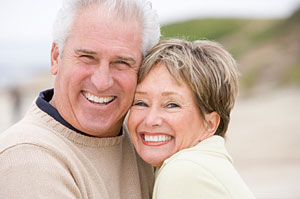